THE WORD OF DON: All 22 Trump-Endorsed Candidates Win in Ohio, Indiana Primaries

The word of former President Donald Trump is as strong as ever.

According to a report from Breitbart News, all 22 Trump-endorsed candidates running in the Ohio and Indiana primaries won their elections last night —and incredible sweep and an indicator that Trump still has significant influence in the GOP.

“What we saw in Texas earlier this year was confirmed yet again tonight: President Trump’s endorsement is the most important endorsement in politics. His endorsed candidates are a combined 55-0 in 2022 primaries, a continuation of the historic endorsement streak of success that started during his time at The White House.”

One of Trump’s biggest endorsements, populist candidate and Hillbilly Elegy author JD Vance, managed to come from behind thanks in large part to an endorsement from the former president. 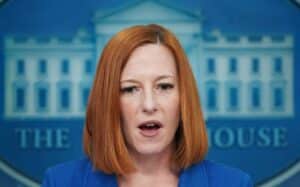 “JD Vance put in tremendous work and has immense political talent—which put him in the position to earn the support of President Trump—but it was the endorsement of President Donald J. Trump that took a candidate who many insiders said was in 4th and at single digits in the polls, and in only two weeks, propelled him into a commanding first place finish,” said Trump spokesman Taylor Budowich. “The power of President Trump’s endorsement is undeniable, his dominance over the Republican powerbrokers in D.C. cannot be overstated, and the promise of this MAGA Movement will not just define the Midterms, but it will win for years to come.”

‘I VOTED NO’: Jordan Votes No on Billions for Ukraine, ‘We Got to Focus on American Issues’